Life Legacy: A Core Focal Point for Your Next Fifty A good story and a well-formed argument arise from different modes of thought. Here is a short connective post explaining the difference. Your Life Legacy has both.

Two Modes of Thought by Jerome Bruner re: Story and Argument

Full credit to Brain Pickings (https://www.brainpickings.org/2016/01/20/jerome-bruner-actual-minds-possible-worlds-storytelling/) for this post …

Based on Jerome Bruner’s (b. October 1, 1915) insights. He revolutionized cognitive psychology and pioneered the modern study of creativity in the 1960s, explores in his 1986 essay collection Actual Minds, Possible Worlds.

There are two modes of cognitive functioning, two modes of thought, each providing distinctive ways of ordering experience, of constructing reality. The two (though complementary) are irreducible to one another. Efforts to reduce one mode to the other or to ignore one at the expense of the other inevitably fail to capture the rich diversity of thought.

Each of the ways of knowing, moreover, has operating principles of its own and its own criteria of well-formedness. They differ radically in their procedures for verification. A good story and a well-formed argument are different natural kinds. Both can be used as means for convincing another. Yet what they convince of is fundamentally different: arguments convince one of their truth, stories of their lifelikeness. The one verifies by eventual appeal to procedures for establishing formal and empirical proof. The other establishes not truth but verisimilitude.

A story (allegedly true or allegedly fictional) is judged for its goodness as a story by criteria that are of a different kind from those used to judge a logical argument as adequate or correct.

Legacy is for giving! Legacy is in you to share!

Appreciate your comments and stories as well.

Make it a wellthy day … 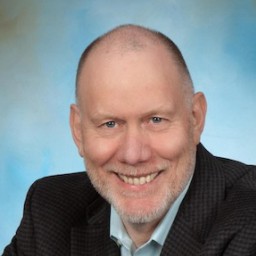